We were on our way to help him shop for a couple of suits to bring back to China. You’d think that they’d be super cheap over there, but that’s not true.  In fact, there were a couple of ‘Made in China’ suits that were almost twice as expensive for the same brand names!  Fascinating stuff.

He began his journey by working for one of the largest OEM/ODM’s of acoustic technologies in Taiwan called Meiloon Industrial. The company specializes in quality control features and procedures. While there, Derek worked his way up to become the QA Chief (IQC, IPQC, QE, OQC).  Later on, he started working directly for a smaller American company as VP of Engineering and Quality Control.

He met his future wife at Meiloon.  Laura and Derek have two boys, one in high school and the other in primary school.  They enjoy table tennis and family walks.

An interesting part of high performing Chinese people such as Derek is that the manufacturing areas are near the port cities.  He lives about 9 hours by train away from his hometown of Changsha City.  For now, he gets to see them via video and during Chinese holidays. Look at this: 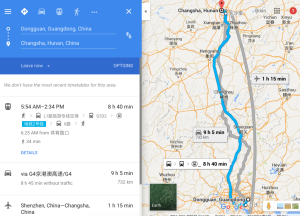 I found a fantastic video blogger on Youtube to share with you about Derek’s hometown.  This fellow is a native Frenchman who married a Chinese woman. They now live in Changsha City and chronicles his days with intermixed lessons on Chinese culture. His name is George and his channel is called China Non Stop. 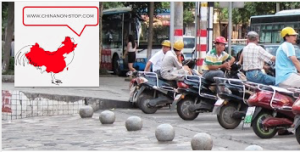 After Derek’s visit with me in Dallas, I asked him for some of his thoughts about the US:

Me: What did you think about your visit?

Derek: Excellent! Placid people without high and low, including polite driving, everyone likes his live. I like America’s multi-cultures so much, even it could be said, different culture backgrounds, but same concept, including product quality, just like the suits of made in USA and made in Vietnam, different c/o, but same (target) quality.”

Me: What did you like? What surprised you the most?

Derek: Happy lives in America for the people! There are still many business opportunities in USA though it is already a developed country.

And as I know Derek, this response is perfect for how life is in China when in business: “There are many things I should share with you, but too busy now. And I hope I can live in USA some day.”

I couldn’t be happier getting to know Derek.  I’ve visited his factory in the past and I hope to get the chance to visit his hometown.